This forum is for Football related topics only. Other topics will be moved to the appropriate forum.
Locked Previous topicNext topic
32 posts • Page 1 of 1

After two more games the top ten stands as:

Still plenty of games left to take the lead, even if you just started.

Sent from my LGLS992 using Tapatalk

After Saturday's win, it's hard to get a feel for this game. Is Boise State as good as years past? The shine came off them a little bit after Fresno humbled SDSU Saturday night.

Here's to me taking a nosedive in the standings! 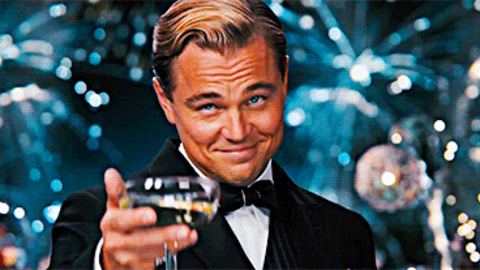 After two more games the top ten stands as:

Still plenty of games left to take the lead, even if you just started.

Notice all of our wins are blow outs, in fact all but ybu were by scores of more than 50 points. In no win have we scored less than 40. We either go big or go home. Boise will be an interesting game for us.

Just another day in the (Aggie) Brotherhood

"The threshold of insult is in direct relation to intelligence and security." John Steinbeck

I know that that 9 points is a bit wider than Vegas' 8.5, but I expect the money to come in on Boazy all week long and the line to be at Boazy -10.0 or wider by game day.

You keep using that word. I do not think that word means what you think it means.

I think with Love starting, the offense is going to really light up. I think the defense, which isn't bad to start with, will be able to get away with cheating a bit to cover the run. I predict a high scoring affair, with special teams making the difference for the Ags.

The Jordan Love hype may cool a little this week. The Broncos lead the conference in sacks (20) while Utah State leads in sacks allowed (24), and two of the best pass rushers in the Mountain West are to blame (Curtis Weaver has 6, Jabril Frazier has 5). Now, I do think USU's OL has looked decent in pass pro this year; several of those sacks allowed were due to a scampering Kent Myers. But especially compared to UNLV's pressure-less front seven, this is a brutal second outing for a freshman. Boise's offense hasn't had to do much to earn wins with the D holding teams below 22ppg. I think Love gets off to a good start, but the physicality will wear him down. Utah State's defense will go through its customary ice-cold start before cleaning things up in the second half, but BSU isn't a team you can dig a hole against and still hope to win.

NVAggie
SJSU Ultimate Loser Award Winner - Given to someone that should probably give up but won't.
Posts: 16474
Joined: November 3rd, 2010, 8:09 am
Location: Where the sagebrush grows!
Has thanked: 770 times
Been thanked: 690 times

The harder you work, the harder it is to Surrender. - Men's Basketball locker room

Sent from my SM-G900V using Tapatalk

I see some of the predictions here and I want to react, but I just imagine the conversation would go something like this:

"The evil I can tolerate. But the stupidity... Just knowing we're in the same genus makes me embarrassed to call myself homo!"